Wild Hair was a Chevrolet Silverado monster truck that competed from 1987-2007.

The first Wild Hair came about in 1987 as piloted by Bob Breen, brother of Mad Dog driver Jon Breen during the TNT Series. The truck was converted to Whiskey Business in 1990.

After Marvin Smith stopped driving Stomper in 1990, he converted the truck to Wild Hair with a new yellow and black scheme. After damage to the original frame, he would rebuild it twice before building a tube frame truck, but would retire around 1994.

Jason Witte was the next person to pilot Wild Hair from 2001-2005. His original chassis was a rebuilt version of Marvin Smith's tube frame, until a brand new chassis was built for the 2004 Monster Jam season. The truck ran a chromalusion-style paintjob with the color changing depending on the lighting and reflections. Ray Mowery would buy the truck from Jason midway through the 2005 winter season and ran Wild Hair from 2005-2007. Witte was well known on SPEED Channel for his wild driving style, and Ray would drive the truck until it became Stomper under Joe Nitcher. 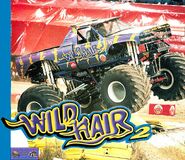 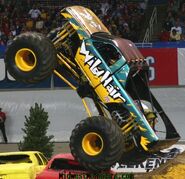 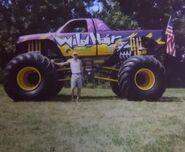 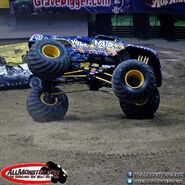 A new Wild Hair being restored/created. with a fiberglass body 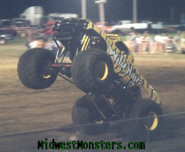 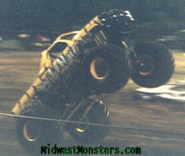