Team Hot Wheels Firestorm was a monster truck driven by Scott Buetow under FELD Motorsports. The truck debuted in 2012 under the name Team Hot Wheels, with a contest for the name in place. This would be the first time that a Hot Wheels truck ran in Monster Jam since 2007. The truck was based off of the toy car company of the same name. Dan Evans (former Destroyer driver and owner) was the original driver of the truck and would drive the truck until 2013, when Scott Buetow took over.

In 2012, Dan Evans debuted the truck under the name Team Hot Wheels. This was the first Hot Wheels truck since 2007. That year, Team Hot Wheels made its first World Finals appearance with Maximum Destruction driver Neil Elliott. At the end of 2012, it was announced that Scott Buetow would take over the driving duties and that the truck's name would now be Team Hot Wheels Firestorm. Evans moved to Blue Thunder.

In 2013, Buetow made it to his first World Finals and performed his first backflip.

In 2014, Buetow made it his second World Finals. Buetow would finish second to Metal Mulisha.

In 2016, Buetow got his 4th World Finals invitation, and became the first driver ever to complete 3 back flips in one run. Later that year, in the Philippines, Morgan Kane drove the truck.

In 2017, Buetow campaigned the truck on the West FS1 Series. Alx Danielsson drove the truck in Saudi Arabia. Buetow debuted a brand new chrome body at the World Finals, which he would campaign for the rest of the year. He would break his 3 backflip record performing 4 in his World Finals freestyle.

In 2018, the team celebrated the 50th Anniversary of the Hot Wheels toyline. The truck debuted another new retro style paint scheme, the left side being gold and the right being blue with matching red logos on each side, and an orange stripe down the middle. The truck competed in one of the Monster Jam Stadium Tours. The truck debuted yet another new design at World Finals 19, being that of a Hot Wheels car. This would be the last year of competition as Hot Wheels officially ended it's contract with Monster Jam that year. 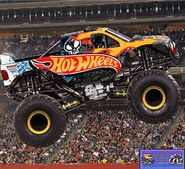 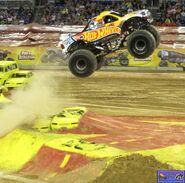 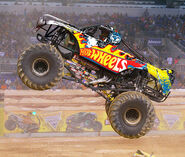 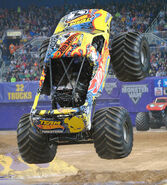 The 2017 Hot Wheels design, debuting at the World Finals 18 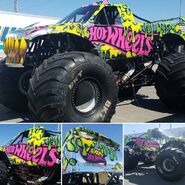 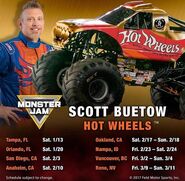 WIth the Redline wheels 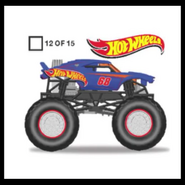 Hot Wheels at it's final event in Minneapolis, 2018 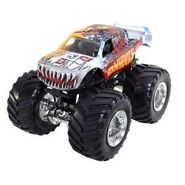 The original design for the 2013 Team Hot Wheels Firestorm toy. 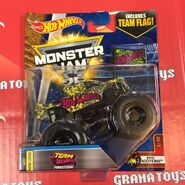 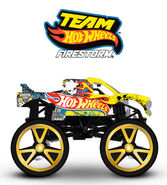 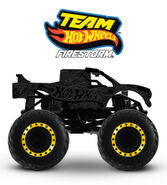 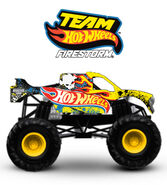 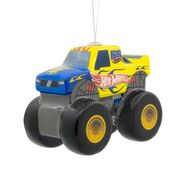 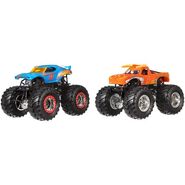 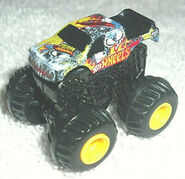