Start a Wiki
Spider-Man was a 1963 Cheetah monster truck owned by FELD Motorsports, based on the comic book character of the same name. It was driven by Bari Musawwir, Whit Tarlton and Chad Tingler at the World Finals. 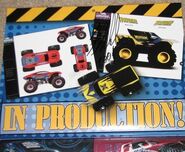 The body under construction

Spider-Man in 2003, with an alternate paint job

Render in the 2010 yearbook

Spider-Man circa 2010, performing a bicycle 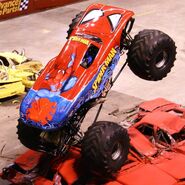 The display truck in 2018, proving the return rumors false. 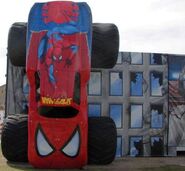 A view of the Hot Wheels toy's roof. A hole is present where the silver web is supposed to be

2001 variant, with an SFX logo under the Marvel logo 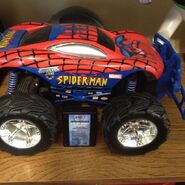 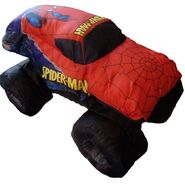 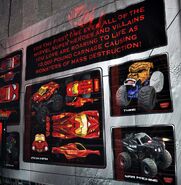 Concept art (to the left) 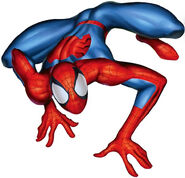 Crawling Spider-Man art, used on the 2001 version's hood
Add a photo to this gallery
Retrieved from "https://monstertruck.fandom.com/wiki/Spider-Man?oldid=110106"
Community content is available under CC-BY-SA unless otherwise noted.