Obsessed is a Ford monster truck driven by Eric Swanson out of Menifee, California as the team truck to Obsession driven by Eric's father, Rick Swanson.

Eric wasn't allowed to compete in Monster Jam until 2014 due to age restrictions. Rick Swanson, Jeff Jones, and Jim Lehnertz have all driven Obsessed in before Eric began driving it in Monster Jam in 2014.

Similar to Obsession, Obsessed has had also many alter egos also, most coming from commercials although some were used for other reasons. 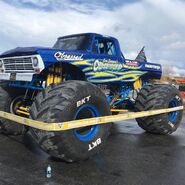 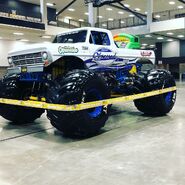 With the Obsessed Wear paint scheme 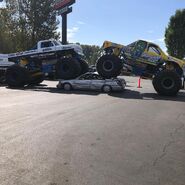 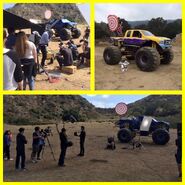 Obsessed in a Hewlett-Packard commercial. 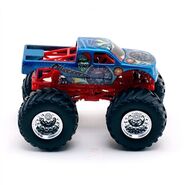 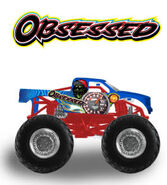 2011 1:24 scale toy
Add a photo to this gallery
Retrieved from "https://monstertruck.fandom.com/wiki/Obsessed?oldid=127776"
Community content is available under CC-BY-SA unless otherwise noted.