King Krunch is a 1982 Chevy Monster Truck out of Conroe, Texas owned by Dillon Fenley. The truck is one of the oldest names in the sport, originally driven by Scott Stephens in the 80s. The truck was well known for being operated by David Smith of Flame Motorsports who took the truck to major TV appearances in Monster Jam in the 2000s. King Krunch has been in 7 World Finals and many Monster Jam video games. Scott Stephens would be invited to the World Finals in 2000, and David Smith would be invited every year between 2004 and 2010. King Krunch's chassis has also been used for the Fiesta King Krunch body. 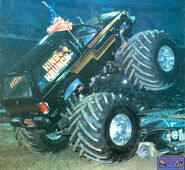 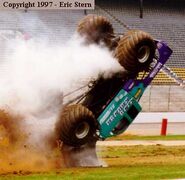 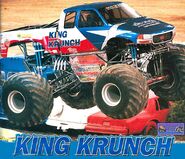 Ditto, with the full grill

2nd King Krunch in 2004, which ran the new body on the old chassis, driven by Jeff Hoy 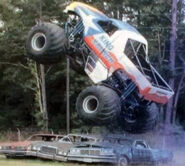 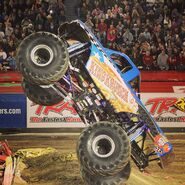 King Krunch on a Obsessed body and chassis in 2012 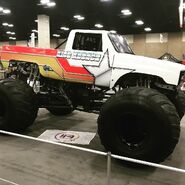 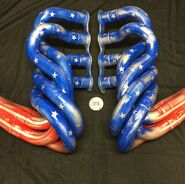 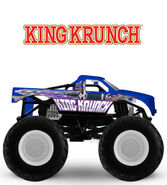