Crushstation is a custom lobster themed monster truck driven by Greg Winchenbach out of Maine. With the unique body, and wild driving style Crushstation has been a fan favorite since 2010 and has competed in two Monster Jam Young Guns Shootouts as well as various smaller Monster Jam arena shows and Monster Truck Throwdown. Crushstation occasionally runs a blue version of the body exclusively in Maine.

At a 2010 Monster Truck show, Crushstation ran over one of the hosts of the show. Luckily, the host only

suffered a broken pelvis, and eventually made a full recovery. He was identified as Ken Dickenson.

Crushstation with the fisherman decal in 2013-2014

Crushstation circa 2015 with the Green rubber band 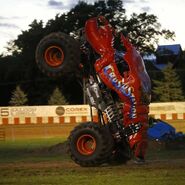 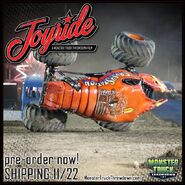 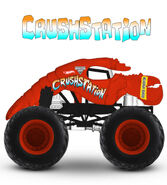 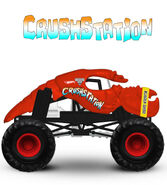 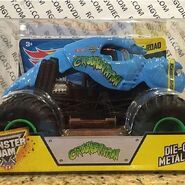 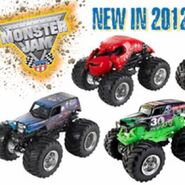 Crushstation Hot Wheels prototype
Add a photo to this gallery
Retrieved from "https://monstertruck.fandom.com/wiki/Crushstation?oldid=113609"
Community content is available under CC-BY-SA unless otherwise noted.